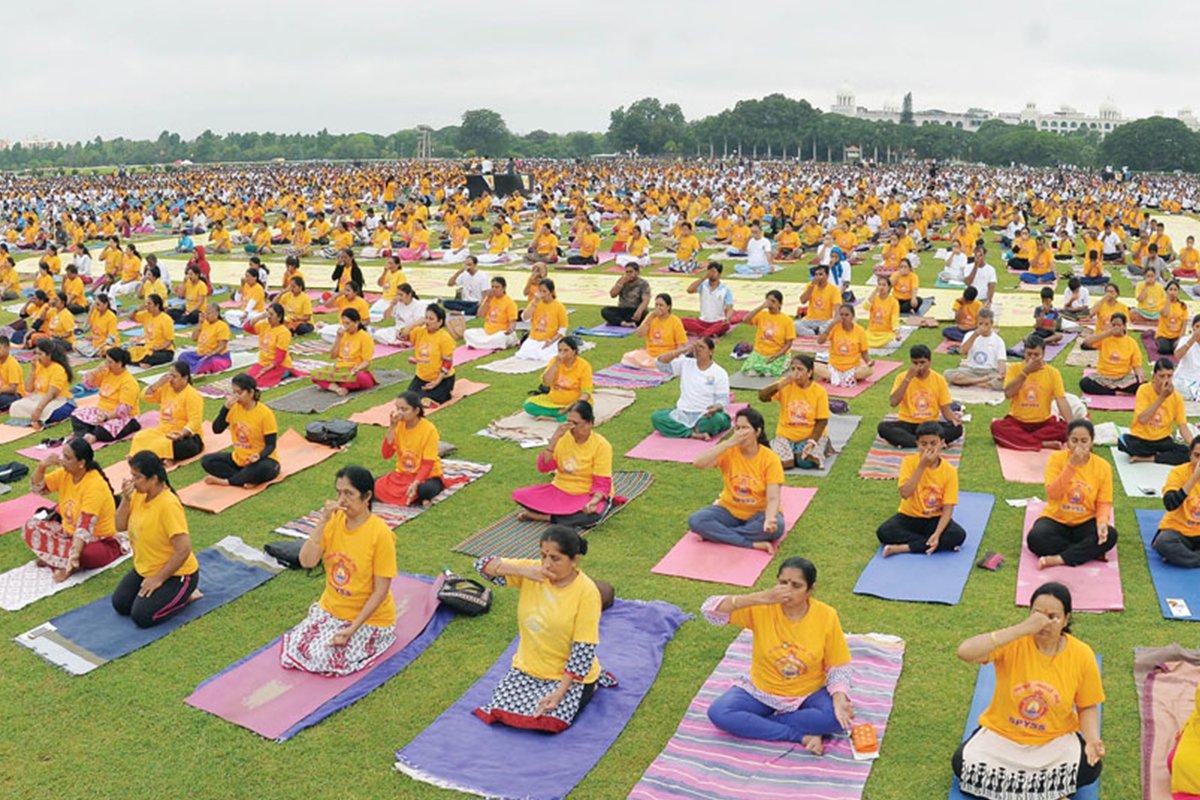 The main event of 8th International Day of Yoga (IDY-2022) demonstration  will be held at Mysuru in Karnataka on 21st June 2022. Minister of Ayush Shri Sarbanand Sonowal announced today that Mysuru has been selected as the venue for Mass Yoga Demonstration (Main Event) of 8th IDY.

As this IDY is falling in the “Azadi Ka Amrit Mahotsav” year, the Ministry has also planned to observe IDY at 75 iconic locations across the country and is focusing on branding India on a global scale.

Addressing the media persons Shri Sarbanand said that apart from the main event at Mysuru another attraction on 21st June this year will be the Guardian Ring, a relay Yoga streaming event which will capture and weave together digital feed of IDY programmes organised by Indian Missions abroad. The proposed plan is to initiate the streaming from Japan, the land of rising sun, at 6 am local time.

The Minister also informed that a series of events are planned in the run up to IDY and the 25 Day Countdown is being observed at Hyderabad on May 27, wherein around 10 thousand Yoga enthusiasts will participate in the Yoga demonstration.