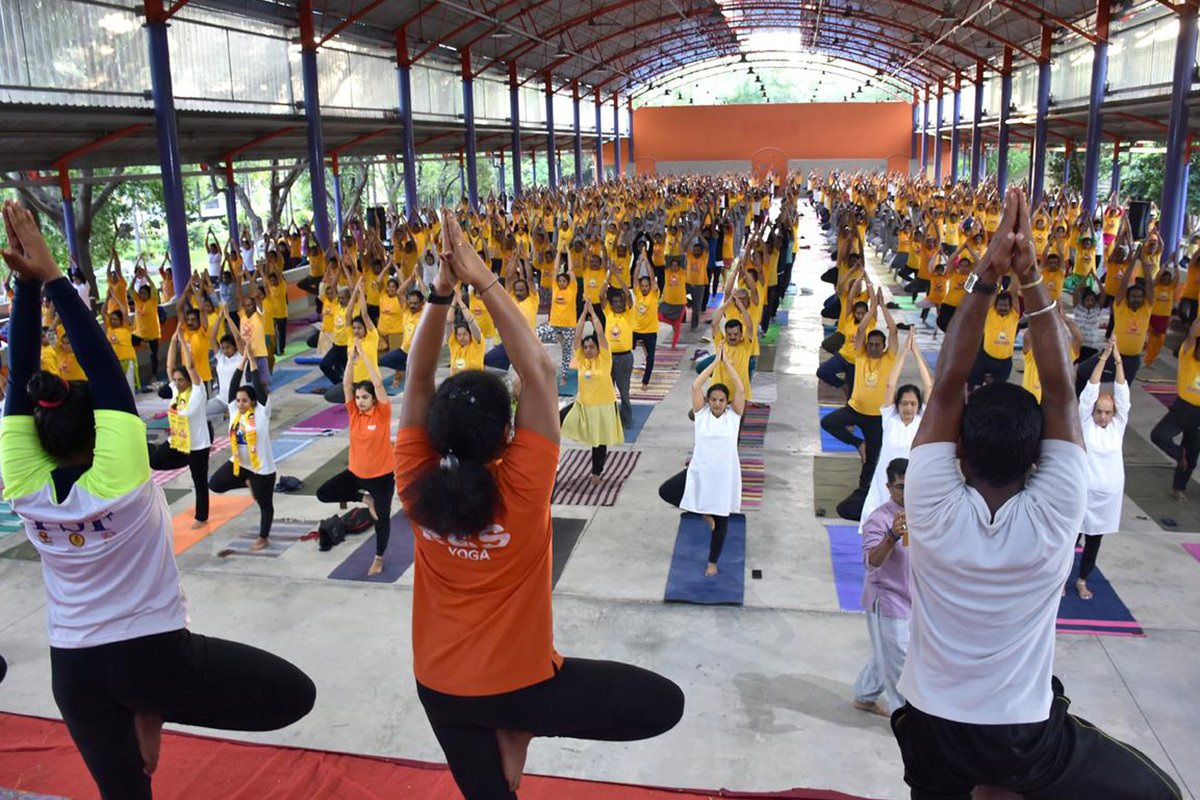 Ahead of the International Day of Yoga to be celebrated on June 21, preparations for it have intensified with the Yoga Federation of Mysore stepping up its efforts.

Various preparations have gathered steam since last week when it was officially confirmed that Mysuru would be leading the IDY event in which Prime Minister Narendra Modi will participate and perform yoga with thousands of people.

On Sunday, nearly 2,500 people took part in the rehearsal that was conducted at the Suttur Mutt near the Chamundi foothills in the presence of Suttur seer Sri Shivaratri Deshikendra Swamiji. The seer, who addressed the gathering, said that Mr. Modi himself was a yoga practitioner and hence, the event in Mysuru should be held without any glitches to make it a model for the rest of the country.

The organisers ensured that the rehearsal followed the common protocol for yoga day as stipulated by the Ministry of Ayush and there was synchronised movement to appeal to the viewers. MLA Mr. S.A. Ramdas said that the message of benefits of yoga and the imperatives of good health should be taken to the door steps of the people. With just about 3 weeks left for the event efforts should be stepped up to increase the number of registrations.

The organisers plan to rope in at least 2 lakh people to perform simultaneously and create a record besides sending a strong message that Mysuru is the home for yoga so as to give a boost to the tourism potential.

Mr. Ramdas said that every household should have a yoga practitioner taking part in the event. Next Sunday, a rehearsal will be conducted at the palace premises and the surrounding precincts and the Yoga Federation expects about 30,000 people to take part in it. There will also be a rehearsal at the Race Course grounds a few days before the actual event on June 21.