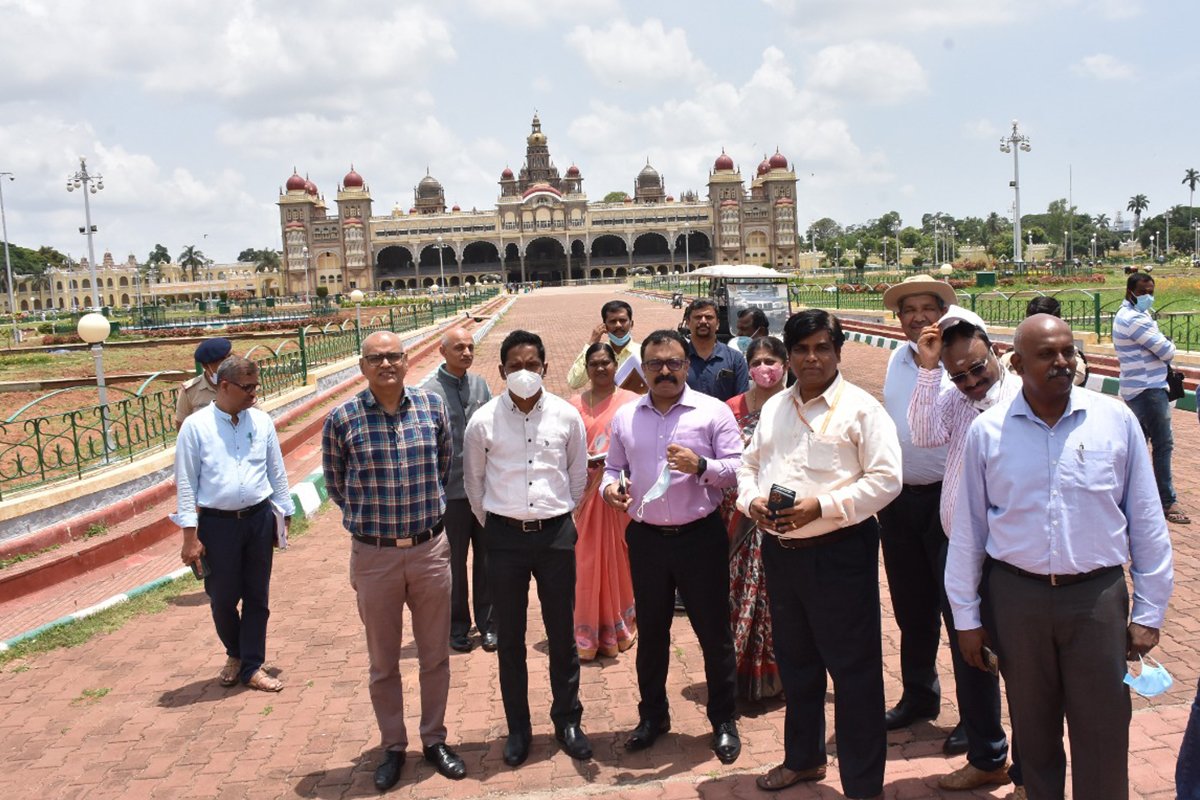 Mysuru: With less than 20 days to go for the all important International Yoga Day event in Mysuru on June 21, to be attended by Prime Minister Narendra Modi, two top officials from Delhi held a closed door meeting in the city yesterday morning with officials of the District Administration.

The meeting discussed in detail  the preparations underway and security measures at the Palace premises for the grand event and also deliberated on shifting the venue to Chamundi Vihar Indoor Stadium  at the last minute, only in case of incessant rains on the day of the event.

After receiving vital inputs and other details, Vikram  Singh and Dr. Basavareddy are said to have directed the District Administration not to allow more than 12,000 participants in the Palace premises as a safety and security measure, it is learnt.

Later, Singh and Dr. Basavareddy, along with officials of the District Administration went to the Palace premises, the venue of the event, for a spot inspection. The team went around the entire premises of the Palace and discussed plans to erect two stages at two different points in Palace premises, it is learnt.

Palace Board Deputy Director T.S. Subramanya provided inputs on the geographical features of the Palace premises.