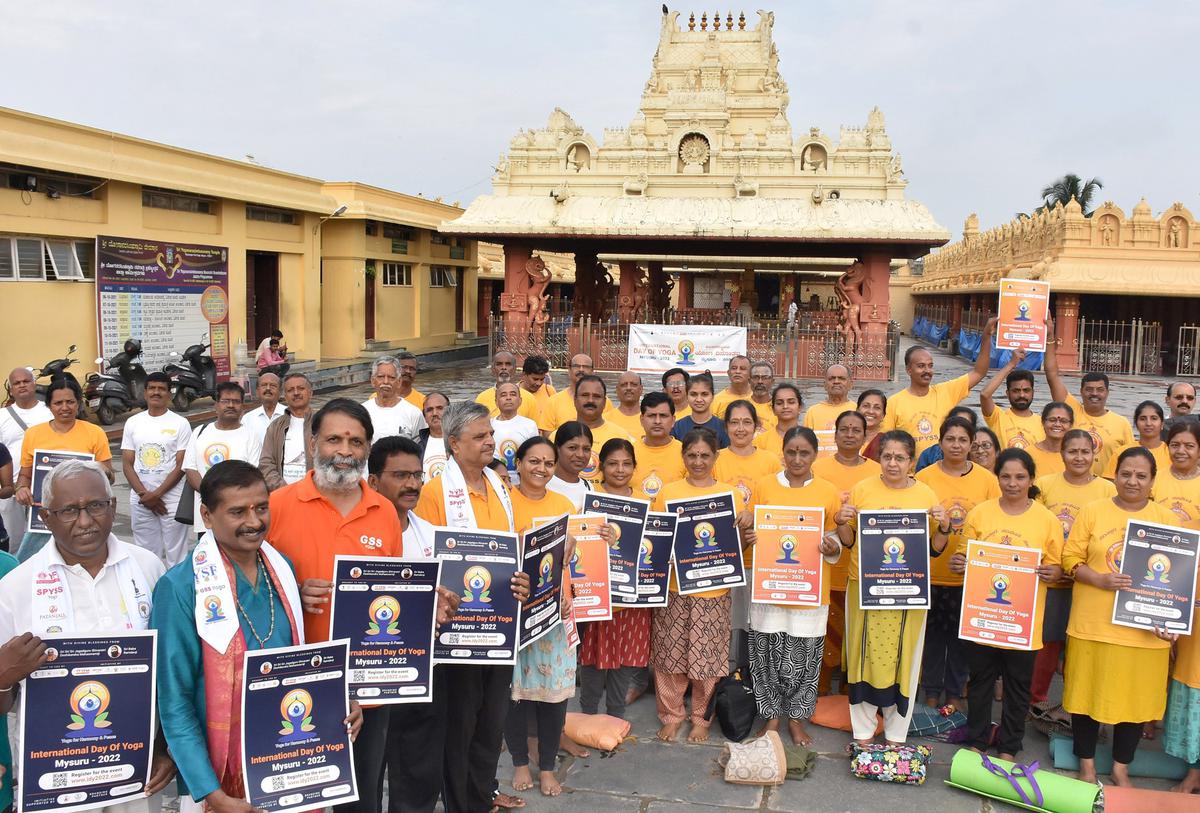 Ahead of the International Yoga Day to be celebrated on June 21, a preliminary meeting was held in the city on Sunday and yoga organisations talked out the action plan besides releasing the event poster.

The organisations included the Mysuru Yoga Federation and it said that they were hopeful that Prime Minister Narendra Modi would lead the Yoga Day celebrations from the city. Their hopes have been shored up following an invitation extended to the PM by Mysuru MP Pratap Simha consequent to which a team of officials from Delhi conducted site inspections recently.

The Sunday preparatory meeting was held at the Yoga Narasimhaswamy temple and the first rehearsal entailing practice of yogic exercises, pranayama and dhyana, was also conducted.

The main event of the Yoga Day will be conducted in Mysuru and banners and posters were released. The organisers said that in anticipation of the Prime Minister’s participation — though it is not officially confirmed – the yoga schools in the city will conduct an awareness drive on the Yoga Day and seek more public participation.

There are scores of yoga schools in Mysuru and they were training teachers who will impart lessons to beginners and prepare them for the yoga day, according to the organisers.

previousYoga Injuries and How To Prevent Them